Places to go in Moscow

lies outside the Kremlin’s north-west wall . It was laid out in the 15th century and used to be a market square . The very first name of it was Market square, then was renamed into “Pozhar “ (burning place) . Only in the 17’th century it was renamed to Red Square . The word “Red”originally meant “beautiful “. only in the 20th century did in come to mean “red” as color too . Red Square kept the memory of many events of Russian history . Ivan the Terrible publicly confessed his misdeeds here in 1547 , built St Basil’s to commemorate his victories in the 1550s .

The square remembers how during Peters the great times 2000-strong palace guard, the Streltsy, were executed there in 1698. In the 20 s century , the Victory parade to celebrate the defeat of Hitlers Germany was held on there . To the roll of drums , soldiers threw 2 hundred enemy standards in front of the Mausoleum . Alexander Gardens Was one of the first urban parks in Moscow. The park comprises three separate gardens, which stretch along all the length of the western Kremlin wall for 865 meters (2,838 ft) between the building of the Moscow Manège and the Kremlin. It was  designed by Osip Bove  after the Napoleonic war in the 19 th century .

It was founded in 1524 to celebrate the taking of Smolensk from Lithuania an important step in Moscow’s conquest of old Russian lands . Noble women were retired there some willingly some not .

The convent was rebuilt by Peters the Great’s sister Sofia , who used it as a second residence when she ruled Russia during his boyhood in the 1680s. By that time , the convent was the main land-owner. It had 36 villages and 15000 serfs

The Cathedral of Christ the Saviour

To commemorate the victory over Napoleon , Tsar Alexander I commissioned a church for the Vorobyovy Hills , ,where the Moscow state University now stands. After his death , Nicholas Had it relocated closer to the Kremlin . It took over 40 years to construct it .

The highest point of Moscow . 200 meters from the sea level and 80 from the river level. Amazing place from where you can see nearly all Moscow

.You can also count famous Stalin’s time seven sisters skyscrapers including the tallest one  ( 240 m ) –

Ivan Shuvalov and Mikhail Lomonosov promoted the idea of a university in Moscow, and Russian Empress Elizabeth decreed its establishment on 23 January 1755. The very first building was opened in the central part of Moscow . Not far from Red Square .

The present building we see today was completed in 1953 . 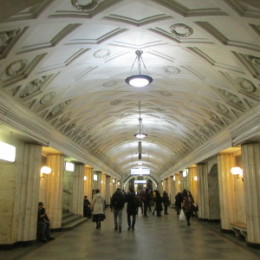 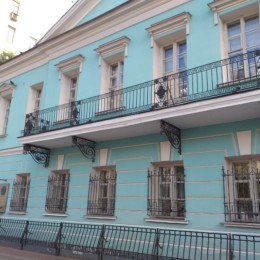