Moscow metro is a true symbol of Moscow

Moscow Metro has the unique architecture and with elegant , marble-faced and frescoed stations is more like a palace .Artistic panels , statues , bas-relieves, mosaic and stain-glass panels adorn most of central stations  . The Muscovites are very proud of their metro.The construction of the Moscow metro began in 1932. The first line which had only  13 stations and was 11.6 km long went into operation in May 1935. Today , there are 223 stations in total . Every year , our city authorities build another few stations because Moscow grows and develop very quickly . Most of the metro stations have their own appearance and extraordinary architectural design .But they are located in a very centre of Moscow . Modern stations are not that great , but they are functional , equipped by Wife , modern cars , comfortable  seats ,  air-condition .

One of the most impressive stations is Komsomolskaya .It was designed by two men renowned in Soviet Art, the architect Shusev and the artist Korin.

The station is 190 meter  long and 9 meters high , its vaults are supported with 72 pillars . The colourful decoration and eight large mosaics of the hall reflect the Russian people’s struggle for independence .

The tour’s duration is about  3 hours . We shall see several most beautiful stations such as : Ploshad Revolutsii , Teatralnaya ,Mayakovskaya ,Belorusskaya , Novoslobodskaya , Kievslaya , Komsomolskaya and Arbatskaya . Then  we stop on Old Arbat street  to walk  and see its beautiful buildings . 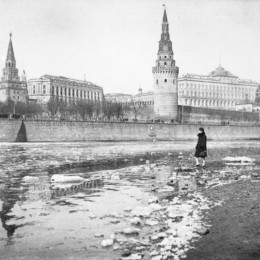 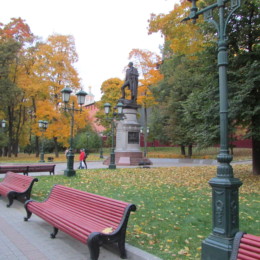