It is not easy to say when chocolate appeared in Russia . According to one version , Peter the Great was the first who brought it to the country. According to another version , the recipe was brought to Russia by Venezuelan ambassador in the times of Catherine The Great (18-Th century) . They say, that Catherine liked it a lot and ordered to start importing chocolate. In the very beginning, it was just a cold chocolate drink . But after some time , hot chocolate became even more popular . And only in the 19th century , the solid chocolate production was started in the country . So here are two stories about the founders and creators of  first  chocolate as we know it today .

One day , German merchant Ferdinand Theodor von Einem decided to start his new chocolate business in Russia and founded the company in Moscow in 1850-s. He started his work with producing sugar , but then in 1951 he opened his first small chocolate factory on Arbat street and started to make chocolate and candies. His company grew and developed very fast . The new building of it was opened on St.Sophie embankment in Moscow in 1867 . He brought modern steam machine from Europe to enlarge the production .

The business became very successful and got many International awards . One of it was gold medal at the All-Russian Industrial and Artistic Exhibition in 1896 and was granted permission to supply confectioneries to the court of the Tsar. Einem died in Berlin in 1896 and left his will to be buried in Moscow on Old German cemetery (Vvedenskoye kladbishe ) not far from the city center .

After the revolution in 1918 , the company was nationalized and renamed into “Red October” chocolate factory in commemoration of Bolsheviks communist revolution of 1917-s. The production continued . Several generations grew on soviet sweets and chocolates of the brand “Red October” . From the most famous ones was Alyonka chocolate with a portrait of little blue-eyed girl . It was a flat milk chocolate bar of 100 Gr, beloved by soviet kids .Today the company is again in private hands .It produces  a wide range of chocolates still and beloved  by  Russians .On the place of former factory the Museum of Chocolate was opened . The name of Red October is still  written  on it . You can see this  building from the Patriarch bridge near the Cathedral of Christ the Saviour .

The ancestor of the famous dynasty was Stepan Abricosov, a former serf a pastry, famous for his fruit sweets . Apparently, therefore, he had such a nickname Abricosov ( from the Russian word apricot), which later became the official surname and was inherited by his children and grandchildren. He came from Penza region to the capital when he was already far beyond 60. His grandson Alexey Abricosov has already lived constantly in Moscow. He had a good business grip. After his marriage to Agrippina received a good dowry of five thousand roubles, which became the main investment in his young “sweet” business. At first, it was just a small family company which produced  jam and  home-made candies.

But very soon the business has grown to unprecedented sizes. The first factory was opened in Moscow in Sokolniki. Alexey Ivanovich opened his first big shop in Moscow. But since the company produced sweets from fruit, Alexey needed to somehow keep them fresh for production. The solution was found very quickly – the second big factory was opened in Crimea, closer to the fruits plantation . “Apricot ” sweets became very popular and. Hundreds of people were sinking in queues to try them . Interesting fact, that it was the Abrikosov’s company who became the first to produce chocolate animal figures with a surprise inside. As they say, all new is a well-forgotten old.
In 1899, the partnership was awarded the honorary title “Supplier of His Imperial Majesty ‘s Court. The Abricosov’s family was very big and friendly – 22 children, of whom 17 lived  up to an old age.  Alexey Ivanovich and Agrippina built a large estate for their grandchildren near Moscow, which was called Vnukovo (from the Russian word Grandson). Now, one of the four international airports bears the name of that area.

The family was very active in charity. Alexey Ivanovich himself transferred money to help army hospitals, and his wife Agrippina opened a free maternity hospital – a shelter in the heart of Moscow, which before the revolution carried the name of Agrippina Abricosova,  but then was renamed into maternity hospital of  Krupskaya (Lenin ‘s wife), and in 1994 again the name of Agrippina Abricosova was returned to the institution. After the revolution, like all enterprises of Tsar’s Russia, the factories were nationalized in 1919 and in a few years later renamed to Babayev factory. He was  not a pastry, but an official.

It is another brand that came to us from the 19th  century to the Soviet Union, and now to modern Russia becoming a symbol of real quality and Russian  traditions. 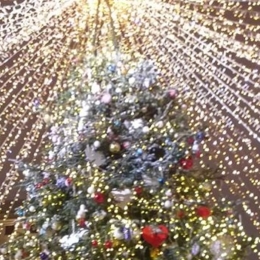 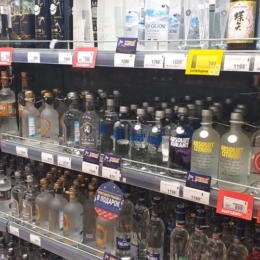