For century’s , Russia was very rich for wood . That’s why wood carving became very traditional for the country . The idea to place one smaller figure into a bigger one came to Russian masters of wood carving mind centuries ago for example they made wooden eggs placed one in one , apples , but Matryoshka doll as we know it today , came to Russia from Japan in the late 19-Th century .

The official year of birth of Russian Matryoshka was set as 1890 . When in the mansion of Savva Morosov , very rich man of that time , appeared a funny doll of Old Japanese man called “Fukurama” . The Doll consisted of 7 pieces . They say , it was brought by his wife from Japan as a funny present . Sergey Malutin , the master from the Mamontov workshop decided to make a Russian version of the Doll . Together with woodcarving master Vasiliy Zvesdochkin they designed first Matryoshka . The name Matryoshka came from the Latin word Matrona , which was given to a married woman from the high society in ancient Rome .In Russia the word matrona was used to describe a woman , the head of the family and good mother . Later it became a Christian name Matryona and became very popular in Russia .Nowadays ,best artists design fantastical looking Matryoshkas for any taste .

You can see a lady depicted on Matryoshka , or Putin , or Lenin . Don’t laugh . Even foreign Presidents can be found on it . Total freedom of Art . 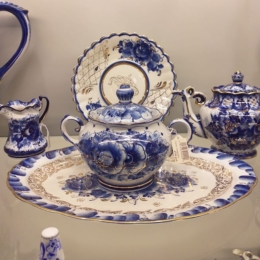 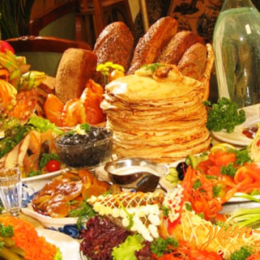